Female CEOs are kind of like shark attacks – extremely rare, but so well-covered by the media we think they’re pretty common. – Emily Peck in the Huffington Post

And she is right!

Travel and Tourism is the fastest growing industry in the world and there are more women working in the travel industry but ironically, there are only a few women in the higher positions on the corporate ladder.

Does the business’ success depend on one person and if so, does the leader’s gender matter? The invisible glass ceiling… Does it exist? Why does nobody want to talk about it?

In celebration of Women’s History Month, here’s my Free Gift for you!

I’ve created a Travel Boss Magazine for female Travelpreneurs like you. Inside this magazine, you will get the latest information tips, motivation for launching and operating a successful travel business. You can get it for free when you subscribe to my mailing list

So, this month as we have dedicated to us – women – we will try to cover these issues and more in today’s blog! 🙂

Let’s now discuss some of the challenges affecting female entrepreneurs and why there are so few female leaders in the travel and tourism industry.


Gaps in Training and Funding

For entrepreneurs, getting funding and investments is essential to develop a robust business that can compete with existing businesses. However, if a business is not able to receive sufficient funding, this can affect its chances of success.

Sadly, research suggests that businesses led by women receive less funding as compared to businesses led by men. A research study conducted between 1997 and 2000 in the United States discovered that investors offered less than 6% of total venture capital funds to a business run by female entrepreneurs.

There is a lack of access to proper education and training for women in the travel and tourism industry. Investing in a travel business coach who has the experience to help you launch a business not only you are proud of but is set-up for success is your first step.

Related: Why You Need a Travel Business Coach, How To Avoid Paying Too Much As A Travel Agent

According to a study even though the tourism industry creates a lot of job opportunities for women, a lot of unpaid work is being carried out by women in family-owned tourism businesses.

There is a gender gap pay in the tourism industry as women earn less than men for equivalent work. Women entrepreneurs in the travel industry usually run their own family small businesses so most likely, they are underrepresented in higher management positions in the tourism sector.

In the 90s, the US government had decided to allocate a mere 5% of the total contract to businesses led by female contractors. Although this motion was passed in 1994, the federal government took nearly 22 years to achieve the seemingly small ratio of contract allocation to women.

Although things have improved than where they were before, female entrepreneurs still face explicit and subtle gender discrimination. Many private investors including the travel industry sector don’t take female investors seriously or discriminate based on gender.

An example of this situation was seen after the global financial crisis of 2007, where loans for female-owned small-business dropped by a whopping 70% between 2007 and 2013. A huge contributing factor to this decline was the antiquated belief that females have a gender-defined role as a caregiver at home and, thus, are less likely to succeed as entrepreneurs.

Such worn-out notions about women and underlying discrimination prevent female entrepreneurs from obtaining the same opportunities as men in the travel industry.

Some female entrepreneurs feel that they need to conform to traits specifically attributed to male business owners. These traits can be actions such as being overly aggressive to subordinates, which can become harsh for such employees.

However, the majority of successful female entrepreneurs have faith in their own approach and avoid aggressive attitude towards business. Although social expectations might force female leaders to conform to male attitudes, they are better off following their own unique approach.

A robust support network is a key component of success for entrepreneurs. Unfortunately, female entrepreneurs have to face a lack of support here, as well. This is attested by a survey conducted by Inc., which found that 48% of female business founders felt the lack of advisors and mentors led to limited chances of professional growth for them.

HOW TO OVERCOME THESE CHALLENGES:

Despite all seemingly impossible hurdles, the future for female entrepreneurs in the travel industry is bright. Women are becoming more ambitious, seeking better opportunities and moving up the socio-economic ladder all around the world.

Gender equality is now being implemented in most if not all big travel companies around the globe. Many women entrepreneurs are now stepping up as role models to empower women in their own communities and in the travel industry.

Everyone’s journey is different but through the power of these women’s stories, it is my hope you can find the inspiration to jump or continue to aspire to higher levels in your purpose.

Furthermore, female-led businesses have started to gain traction and have even managed to surpass billion-dollar valuations with their ideas. Although female entrepreneurs face significantly more challenges than men, any woman can overcome these challenges and succeed as a business owner with persistence, hard work, and dedication.

Can you relate to the challenges listed above? As a female entrepreneur, what are the challenges you face and how did you overcome them? Share your story in the comments sections below!

PrevProfiles of African-American Women in the Travel Industry
Next6 Productive Tips to Help You Work Smarter, Not HarderNext 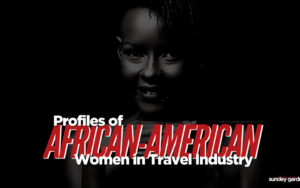 Profiles of African-American Women in the Travel Industry

In the midst of the Covid-19, let’s be careful but not fearful. Let’s look forward with hope for the future.

Female CEOs are kind of like shark attacks – extremely rare, but so well-covered by the media we think they’re 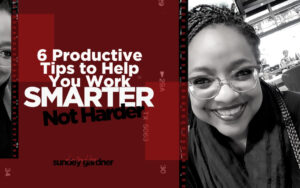 6 Productive Tips to Help You Work Smarter, Not Harder

This will help you succeed in your
Travel Business.
DOWNLOAD NOW 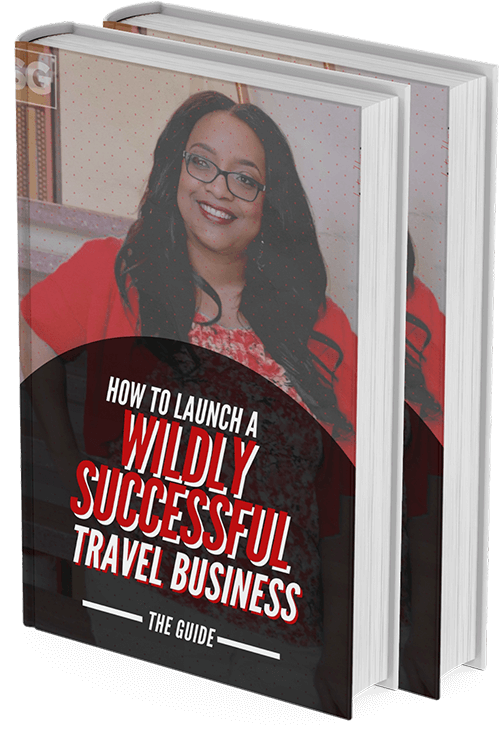 This website uses cookies to improve your experience while you navigate through the website. Out of these, the cookies that are categorized as necessary are stored on your browser as they are essential for the working of basic functionalities of the website. We also use third-party cookies that help us analyze and understand how you use this website. These cookies will be stored in your browser only with your consent. You also have the option to opt-out of these cookies. But opting out of some of these cookies may affect your browsing experience.
Necessary Always Enabled
Necessary cookies are absolutely essential for the website to function properly. These cookies ensure basic functionalities and security features of the website, anonymously.
Functional
Functional cookies help to perform certain functionalities like sharing the content of the website on social media platforms, collect feedbacks, and other third-party features.
Performance
Performance cookies are used to understand and analyze the key performance indexes of the website which helps in delivering a better user experience for the visitors.
Analytics
Analytical cookies are used to understand how visitors interact with the website. These cookies help provide information on metrics the number of visitors, bounce rate, traffic source, etc.
Advertisement
Advertisement cookies are used to provide visitors with relevant ads and marketing campaigns. These cookies track visitors across websites and collect information to provide customized ads.
Others
Other uncategorized cookies are those that are being analyzed and have not been classified into a category as yet.
SAVE & ACCEPT
Issue 2
Issue 1